William J. Smith, MD was born and raised in Ogdensburg, NY. Dr. Smith attended the University of Notre Dame as an undergraduate, and SUNY's Upstate Medical Center in Syracuse, receiving his Doctor of Medicine degree in 1989. Dr. Smith then completed internship at Letterman Army Medical Center, Presidio San Francisco, CA. He spent the next two years as the Officer-in-charge of a military clinic in Germany, then returned stateside to complete residency training in Orthopaedic Surgery at Brooke Army Medical Center, Fort Sam Houston, TX. Dr. Smith is Board Certified in Orthopaedic Surgery, and is a Fellow of the American Academy of Orthopaedic Surgeons. He is a consultant to the US Olympic Training Center in Lake Placid, a volunteer "ski doc" at Whiteface Mountain, and is a past Medical Director for Ironman USA Lake Placid's annual Ironman Triathlon.

Eugene Byrne, MD graduated from Kean University with a degree in Physical Therapy prior to graduating from Rutgers Medical School in New Jersey with his Doctor of Medicine. Rutgers Medical School was also where he received his Orthopaedic training. Dr. Byrne continued his orthopaedic training in a Sports Medicine fellowship at the Cincinnati Bone and Joint Institute in Cincinnati, Ohio/University of Cincinnati. While in Cincinnati, he assisted in coverage of the University of Cincinnati sport teams and local professional football and hockey teams. He was on the medical staff at the 2014 Winter Olympics in Sochi Russia and the Chief Medical Officer for the Vancouver US Paralympics team. Dr. Byrne currently serves as Chief Medical Officer of the United States Bobsled-Skeleton and United States Luge Federations as well as Sports Medicine Consultant for the United States Olympic Training Center in Lake Placid. Dr. Byrne is Board Certified and a fellow of the American Academy of Orthopaedic Surgeons.

Dr. Bullock is Board Certified in Orthopaedic Surgery with an additional Subspecialty Certificate in Orthopaedic Sports Medicine and is a fellow of the American Academy of Orthopaedic Surgeons.  He was born and raised in Canton, NY and graduated from the Canton Central School system. He graduated from Williams College prior to attending Dartmouth Medical School where he received his Doctor of Medicine degree in 2003. He completed his orthopaedic surgery internship and residency at Dartmouth Hitchcock Medical Center in June 2008. Dr. Bullock then performed an additional year of subspecialty fellowship training in Sports Medicine at the Aspen Sports Medicine Foundation in Aspen, Colorado.  He has been with Lake Placid Sports Medicine as an orthopaedic surgeon since 2009.   He is a consultant to the US Olympic Training Center in Lake Placid, as well as a consultant to student athletes at St. Lawrence University in Canton, NY. 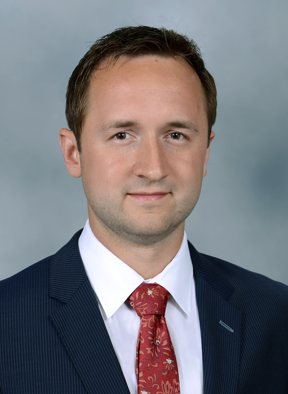 Dr. Bart was born in a small town in southeastern Poland and spent much of his early childhood in Montréal before his family moved to New York in the 1990s. They ultimately settled in New Jersey, but it was during their many trips to the Adirondacks that he cultivated his passion for skiing and hiking. After completing his undergraduate studies at Johns Hopkins University, Dr. Bart stayed in Baltimore and received his master’s degree from the Johns Hopkins University Bloomberg School of Public Health. He then moved to New Orleans in the wake of Hurricane Katrina to attend the Tulane University School of Medicine where he took part in the city’s rebuilding process. The experiences he had during his time in Louisiana reinforced his commitment to community healthcare. Upon graduation, Dr. Bart returned to New Jersey for his Orthopedic Residency at Seton Hall University. After completing residency he had the opportunity to return to Baltimore for subspecialty fellowship training in joint preservation and replacement surgery with a focus on hip and knee at the Rubin Institute for Advanced Orthopedics at Sinai Hospital. In 2013, Dr. Bart and his wife, Emily, were married in Lake Placid and are happy to be able to raise their daughter in the village that they love so much. Dr. Bart is pleased to be a part of Lake Placid Sports Medicine and to serve as the Director of Joint Replacement Surgery at the Adirondack Medical Center in Saranac Lake.

Dr. Tracey Viola is a Board Certified Family Physician with a Certificate of Added Qualifications in Sports Medicine. She is a born-and-raised New Yorker, growing up in Wantagh (Long Island), and completing her undergraduate and master’s work at the University at Albany, where she also played soccer. She earned her medical degree at the New York College of Osteopathic Medicine in 2008, and completed her residency at Albany Medical Center, and Sports Medicine fellowship at the University of Connecticut. Dr. Viola is a consultant to the US Olympic Training Center in Lake Placid, and served as a team physician for the 2015 ParaPan-American Games, and the 2016 Paralympics in Rio de Janeiro. She has a passion for planning mass participation events, and is the Medical Director for Ironman Lake Placid and Ironman Lake Placid 70.3, Chief Medical Officer for the 2019 International Children’s Winter Games, and is preparing as the Chief Medical Officer for the 2023 World University Games. She enjoys skiing and running in her spare time, is currently training for her 14th marathon, and looking forward to the winter, where she volunteers on the Physician Ski Patrol at Whiteface Mountain. She is an active member of the American Medical Society of Sports Medicine and American Academy of Family Physicians. 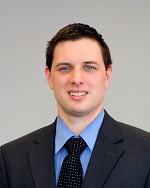 Andrew Friebel PA was born and raised in Newark Valley, NY. He attended Elmira College for his undergraduate studies and furthered his training to become a Physician Assistant at LeMoyne College in Syracuse, NY in 2009. Upon finishing, he traveled back to Elmira to work in the ER for about four and a half years before making his home in the heart of the Adirondacks to practice orthopaedic care. Andrew enjoys running, hiking, kayaking, and skiing. He is a Certified Ski Instructor for PSIA with a specialty in monoski and biski. He is excited about living in the mountains and looks forward to getting involved in the community at large.